Let me tell you a little story. Prior to the 1950s there was a very definite school of thought which said that the human body could not possibly run 1 mile in less than 4 min. It has been reported that some physicians even thought that the heart would explode if it were put through this torture.

This school of thought led the athletes of the time to believe that a sub four-minute mile was impossible.

This school of thought placed a mental and physical restriction on the human body.

They said that the goal of running a mile in less than 4 min was completely unachievable and unrealistic. 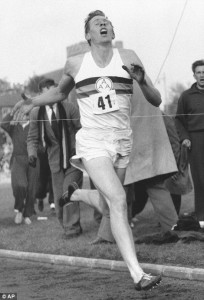 Apart, that is, from one person – Roger Bannister.

He refused to accept this physical and mental restriction.

He refused to accept that the goal of running a mile in less than 4 min was unachievable or unrealistic. So after planning, training and refusing to listen to what the world said on 6th May 1954, with his heart pounding furiously in his chest, he set out on the track to prove them all wrong.

On that day Roger Bannister ran the mile in 3 min 59.4 seconds, the first man alive to run a sub four-minute mile.

Suddenly the goal was achievable, it was realistic and your heart wouldn’t explode in your chest if you put it through his torture. And with these limiting belief removed, two months later during the 1954 British Empire and Commonwealth Games  John Landy and Roger Bannister ran a mile in less than 4 min again.

The sub four-minute mile is now a standard amongst world-class athletes with the current record held by Hicham El Guerrouj, who ran a time of 3:43.13 in Rome in 1999.

So what happened? Did the physiology of all human beings change after that date?

I suggest not, but what did change was the limiting belief!

So let’s look at Smart goals then:

Specific and measurable – these are both admirable qualities in a goal, these should absolutely be in any goal that you set yourself. You need to be absolutely specific about what you want to achieve and you need to know a way of measuring your success. In my role as a coach I often work with clients who want more confidence. When asked the question ” How will you specifically know you are as confident as you want to be, what will you be doing?” they often have no way of answering! This is then part of the problem, they simply don’t know when they are confident, and so it becomes a goal with constantly moving goalposts and they will spend their lives feeling that they are not confident.

Achievable and Realistic – OK, so now the problems start. Roger Bannister was told that running a sub 4 minute mile was neither achievable or realistic. If he had decided to listen to the prevailing wisdom and set himself a SMART goal then his target would probably to have run the mile on that day in 1954 in about 4 min and 10 seconds.

He didn’t do this, he set an unachievable and unrealistic goal.

I’ll say that again. Our beliefs about ourselves are not true, however we act as if they are true and so they become our own reality.

Time bound – yep, I’m good with that part two is all goals need to have a specific time when you will achieve them.

Each time we set ourselves a goal which is achievable and realistic with create a boundary around that goal in order to make sense of it. We could even then define that goal as ‘the problem’ 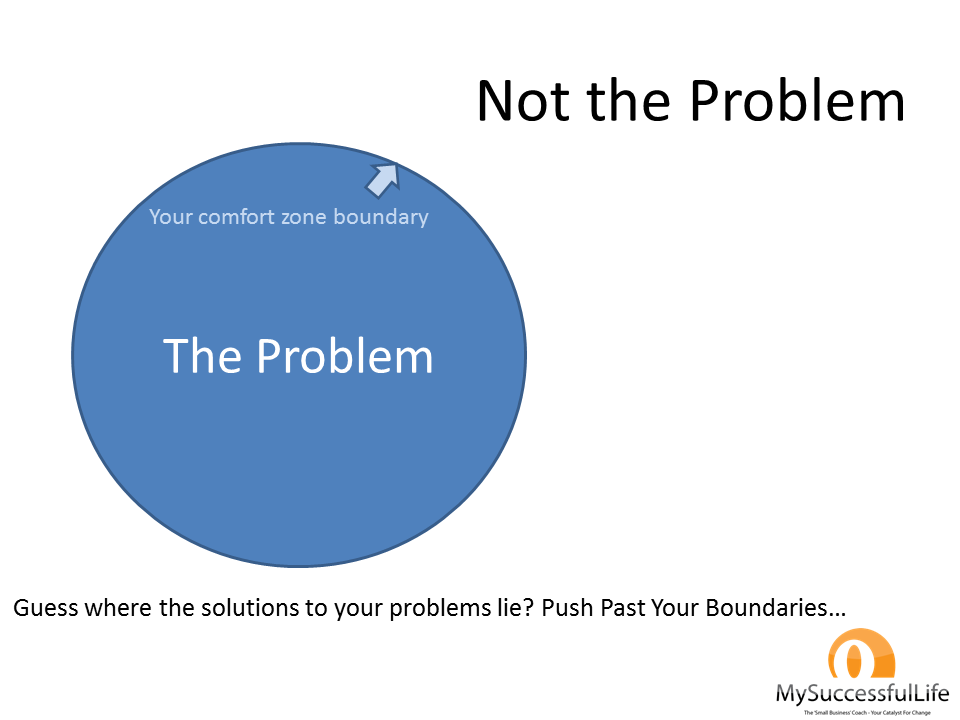 For further advice on how to set proper goals that will remove any of these limiting beliefs and allow you to reach your full potential please take a look at my goalsetting page.