“Part of me believes I deserve success, and part of me doesn’t”

These are all what we call PARTS and they are common in everyone!

‘Parts’ are values and beliefs in your life that are there for a positive intention, but seem to get a little confused along the way. This confusion then causes all sorts of weird things to happen – consider this…

Part of you believes you deserve success, so you get it and things are all pretty good for a bit. Then the negative thought pops back into your head and things start to go a bit wrong…

And round and round you go… sounding familiar?

The key with a parts integration is to work upwards logically with each part until you reach the highest positive intention of each part by asking the question “For What Purpose”.

As the example above shows (an know that this is only an example and for sure it will not be the same for you!) working up from each conflicting part shows the client that they indeed have the same intention. We can then work with the client to integrate those parts to work in unison from then on! 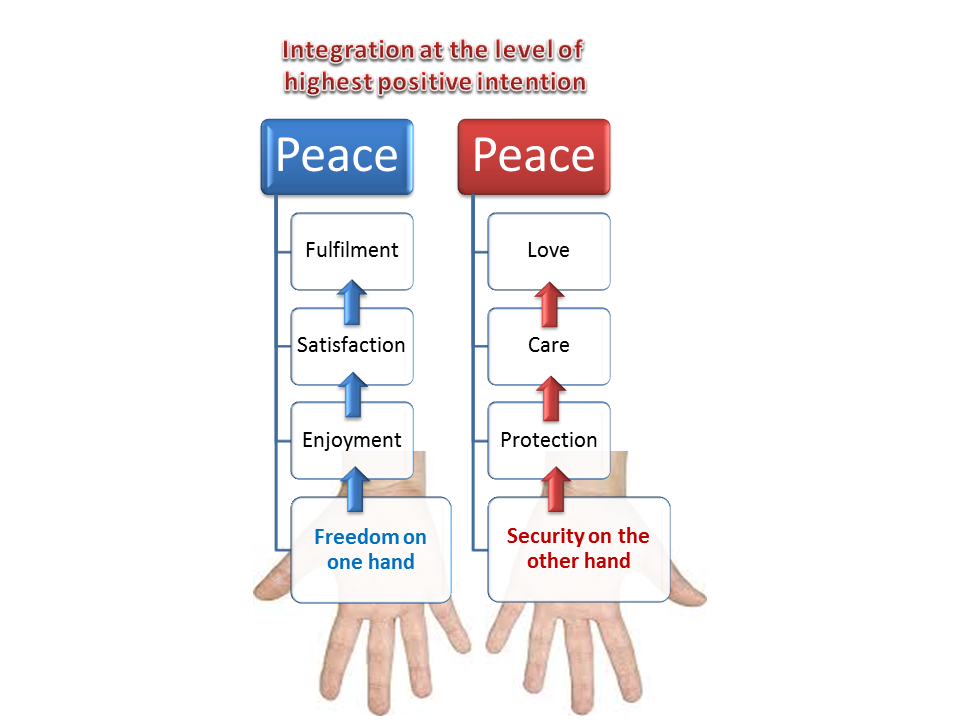 The process to work through this is not something that can be written down as it is an experiential process – even if I did write it down you wouldn’t be able to work with it as it needs lots of training and care to ensure it’s done right.