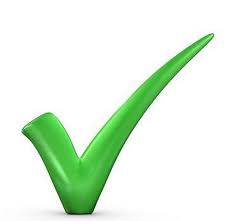 NLP it is far more then just a collection of techniques, often people like to reduce NLP to this level however this is really missing the point of what NLP is. Neurolinguistic programming is firstly an attitude, an attitude of continual experimentation and flexibility to ensure a result is achieved. NLP is also a methodology whereby we linked together this attitude with a collection of techniques.

However, for the purposes of this blog post I will go through a series of NLP techniques and provide links to resources where you can try out these techniques for yourself. I include links to other people’s websites in order to make this blog post as useful as possible, please note however I do not endorse nor recommend nor use any of the scripts to which I link, they are simply provided for your assistance.

Parts can also be around beliefs, part of me believes this, in part of me believes that. They can also be present at a values level, a person may have two values which are extremely important in their life, yet these values may conflict. An example of this could be if a person values freedom and security, for some people it may seem impossible to have both of these values.

Here are a few links to various parts integration scripts.

This is an extremely useful technique in NLP and comes under the banner of sub modalities. They like to dislike is useful if a person wishes to give up a particular foodstuff, the example chocolate or crisps. It can also be used within more advanced therapies such as smoking… Wouldn’t it be good to find a cigarette abhorent and to dislike it?

The two representations with the pictures of things they like and dislike will almost certainly be different, it is then simply a process of mapping across the sub modalities (in other words the things listed in the bullet points above) onto the thing they currently like and wish to dislike.
Transformdestiny.com offer a sudden modality worksheet which you can use. Simply illicit the sub modalities of the like into column 1. Then illicit the sub modalities of any dislike (ensuring it is a very strong dislike, or example dog poo) into column 2.
Look at all of the differences, for example let’s say the light in column 1 is black and white and the dislike in column 2 is colour. You would then ask the client to bring up the picture of what they liked, and say to them ‘make it colour’ then repeat for each of the sub modalities, in other words making the sub modalities of the like picture the same as the dislike picture.
This will change how they construct the like in their mind and turn it into a dislike, this is a very powerful NLP technique and I’ve seen it work on many occasions from chocolate, to crisps to alcohol.

Anchoring is a technique whereby we link a physical touch on a person (typically a knuckle) to them when they are in a heightened state. For example we could anchor the state of motivation. Anchoring is an NLP technique that is used outside of NLP also, most famously with Pavlov’s dogs who salivate at the sound of a ringing bell.

The NLP technique simply involves getting the client to list for different states which move logically from the negative to positive. So for example state number one could be procrastination, the client may then identified boredom as a state which would move them out of procrastination, we would then ask which state would move them out of boredom… Perhaps excitement, we can then move from excitement to motivation.

Once the client identifies a logical progression through a series of linked states we can then start to anchor them. We simply start with the negative state, ask the client to close their eyes and think about the first state of procrastination, to float down into their body, look through their own eyes, see what they saw, hear what they heard and really feel that state of procrastination. When the state is at its highest we can trigger the anchor on the first knuckle.

The NLP technique is then to anchor subsequent states on the next knuckle, so in this example we would ask the client to vividly relive the state of boredom, we would anchor this to the next knuckle but ensure that we did it 2 to 3 times so that it was a stronger anchor than the one the procrastination. The NLP technique is to then repeat this for the subsequent states right through to motivation, each time ensuring that the states are anchored more times than the last to make them stronger.

The final step in the technique is simply to fire off the anchors starting on procrastination and moving along through all the techniques towards motivation.

personal development planet.com have a good run through of the technique.

This has been a simple summary of three of the most basic NLP techniques, why not read through this a few times, give the techniques a go and let me know what you think.